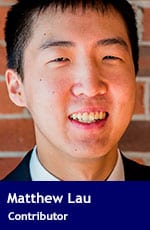 The Liberals made some big spending promises during last month’s election campaign, amounting to $78 billion in new spending over the next five years. These promises come on top of the existing baseline, which was already no model of austerity.

The federal budget was bloated before the pandemic, and even after excluding some necessary public health spending, the latest budget passed in the spring was bigger than the pre-pandemic budgets.

All of this government overspending puts economic growth at risk. In order to improve economic health and Canadians’ standard of living, the government needs to break its expensive campaign promises and cancel the new spending. In addition, it should identify other spending in its 2021 budget that can go on the chopping block. There’s no shortage of items that should be chopped, as discussed below.

There are two main reasons government spending should be cut. First, combined federal and provincial net debt is likely to rise above 90 per cent of GDP by the end of this fiscal year – a ratio of net debt to GDP almost as high as it was in 1995 when Canada was really in a fiscal crisis.

In fact, in the 1990s, the Saskatchewan government had trouble raising money, as investors were reluctant to buy bonds. The federal government’s problems were not as severe, but it had to pay higher and higher interest rates as creditors became more unwilling to lend.

Second, in addition to the possibility of a debt crisis, government spending is less productive than private spending. Politicians do not risk their own money, so they lack the incentives to invest wisely and lose nothing if they invest poorly. Moreover, economic knowledge is widely dispersed. Government cannot aggregate this knowledge to inform its spending decisions, so central planners spend from a place of ignorance.

When it comes to what specifically government should cut, among the lowest-hanging fruit are business subsidies of all kinds. As the saying goes, profitable investments do not need a subsidy, and unprofitable investments do not deserve one. Spending undertaken by regional development agencies, jobs and training grants, agricultural subsidies, film and video tax incentives, subsidies to the CBC (which the Liberals instead promised to increase), and so on, should all be eliminated.

More on Government Debt and Deficit

Government spending on scientific research and innovation can also be cut. While some people argue that such spending spurs economic growth, this claim is contradicted by the empirical evidence. As Terence Kealey wrote in a recent Cato Institute article, studies generally find that instead of boosting the economy, government science tends to simply crowd out more productive private sector scientific activity.

There are many other places in the federal budget where spending can be cut, but the subsidy programs that politicians always claim will increase economic growth should be at the top of the list. The main effects of such programs are to waste money, reduce economic productivity, and increase government debt, thus putting the economy at risk.

Matthew Lau is a fellow at the Montreal Economic Institute.

This commentary was submitted by the Montreal Economic Institute, an independent public policy think tank based in Montreal. MEI is a Troy Media Editorial Content Provider Partner.

Through its publications and media appearances, the MEI stimulates debate on public policies across Canada by proposing reforms based on market principles and entrepreneurship.