Acquisition consists of a cash consideration of $0.69 per share and it will also assume Painted Pony’s total debt of approximately $350 million

In a news release, CNRL said the acquisition consists of a cash consideration of $0.69 per share and it will also assume Painted Pony’s total debt of approximately $350 million.

Current production, before royalties, acquired by Canadian Natural, is approximately 270 million cubic feet per day of natural gas and 4,600 barrels per day of NGLs. The assets include properties in the Northeast British Columbia areas of Blair, Daiber, Kobes and Townsend, it said.

“This acquisition further strengthens Canadian Natural’s natural gas assets and production base in key operating areas and complements the Company’s diversified portfolio. This transaction also allows us to further insulate against natural gas costs in our oils sands operations and has minimal impact on the Company’s low overall corporate decline rate.  We look forward to working together with the staff currently employed by Painted Pony,” said Tim McKay, Canadian Natural’s President, in a statement. 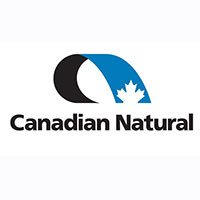 CNRL said the transaction is targeted to close late in the third quarter or early fourth quarter.

“Given the challenges facing Painted Pony, including potential near-term liquidity considerations, the Corporation’s Board of Directors (the “Board”) initiated a confidential process, supervised by a special committee of independent members of the Board (the “Independent Committee”) to explore opportunities to enhance shareholder value (the “Process”).

“After reviewing Painted Pony’s current circumstances and the proposals received in connection with the Process, the Board determined that the Transaction represented the best alternative for Painted Pony’s shareholders given current industry, economic and capital markets conditions. The Purchase Price is all cash and not subject to any financing conditions, which provides Painted Pony shareholders with an immediate opportunity to realize full liquidity and certainty of value in cash for their investment in the Corporation.”