The Petroleum Services Association of Canada (PSAC) has decreased its forecasted number of wells to be drilled (rig released) across Canada for 2020 from 3,100 (April 2020 revision) to 2,800 wells drilled.

“Activity levels are at lows not seen in decades and are taking their toll on a sector that was in its sixth year of a downturn when COVID-19 hit.  Slow economic recovery, surplus crude oil supply, low commodity prices, and high debt levels are thwarting a quick recovery with 2020 expected to see 43 per cent less activity overall than 2019,” said PSAC Interim President & CEO Elizabeth Aquin in a news release.

“Optimism for a robust second half of the year has been hampered by continued excess supply offering little incentive to drill for more oil, and commodity prices that have languished below economic levels for much of this year.  This has resulted in many companies struggling with balance sheets that will see the current uptick in prices applied to servicing debt before investment in new drilling. 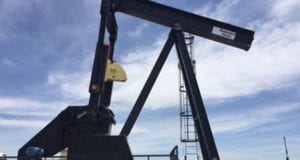 “Where we do see activity is from companies facing decline rates in their reserves that look to new drilling to replace lost production. The majority of drilling is currently focused on oil at 67 percent of total wells over natural gas at 26 percent, however, we do anticipate marginally more activity on the gas front as associated gas production is expected to decline given the decrease in oil production as well as gas to meet continued interest in LNG.”

“Oilfield services companies are quintessential entrepreneurs and so understanding that the world continues to need oil and gas while also thirsting for cleaner energy, will continue to focus on innovation and the development of new technologies for their customers – the oil and gas companies, to reduce emissions, increase positive environmental outcomes, drive efficiencies, and grow profitability to ensure Canada is globally competitive,” said Aquin.