Canada produced 129.2 million barrel of crude oil and equivalent products in April, down 9% from April 2019, largest year-over-year decrease since June 2016

Canada produced 20.5 million cubic metres (129.2 million barrels) of crude oil and equivalent products in April, down 9.0 per cent from April 2019, which was the largest year-over-year decrease since June 2016 (-9.4 per cent) in the aftermath of the widespread wildfires that affected northern Alberta earlier that spring, according to Statistics Canada.

The federal agency reported Friday that the main contributor to the year-over-year decrease was crude bitumen production, down 22.2 per cent to 7.1 million cubic metres. This was the lowest production level in almost four years. Both in-situ and mined operations significantly reduced outputs as producers imposed voluntary production cuts.

It said extraction of heavy (-9.1 per cent) and light and medium (-5.0 per cent) crude oil was also down in April. The overall decline in production was partially offset by synthetic crude oil (+6.4 per cent) and equivalent products (+2.9 per cent). 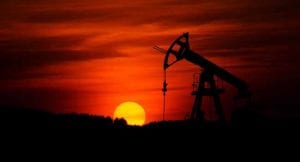 StatsCan added that exports of crude oil and equivalent products fell 6.7 per cent to 16.7 million cubic metres in April, the first monthly year-over-year decline in five months. The decrease was due to lower demand for crude oil from refineries in the United States.

“Energy markets continued to face increased challenges in April. Physical distancing measures and travel restrictions imposed by governments in March to reduce the spread of COVID-19 continued to affect most energy sectors,” said the federal agency.

“Global demand for crude oil collapsed because of the COVID-19 pandemic. According to estimates from the US Energy Information Administration, from January to April 2020, global demand for oil fell by over one-fifth (-22.7 per cent), while global supply of crude oil decreased by 2.0 per cent. April saw historically low crude oil prices, primarily due to supply outpacing demand. As reported by the Raw Materials Price Index, the price of crude oil fell 44.6% from March to April—the largest monthly drop since the beginning of this series in January 1981.

“The Industrial Product Price Index decreased 2.3 per cent from March to April, the fourth consecutive monthly decrease and the largest decline since December 2008. Lower prices for energy and petroleum products, particularly motor gasoline (-30.6 per cent), diesel fuel (-24.5 per cent) and jet fuel (-28.0 per cent) contributed the most to the decline.”